What Is Arc Fault Protection? 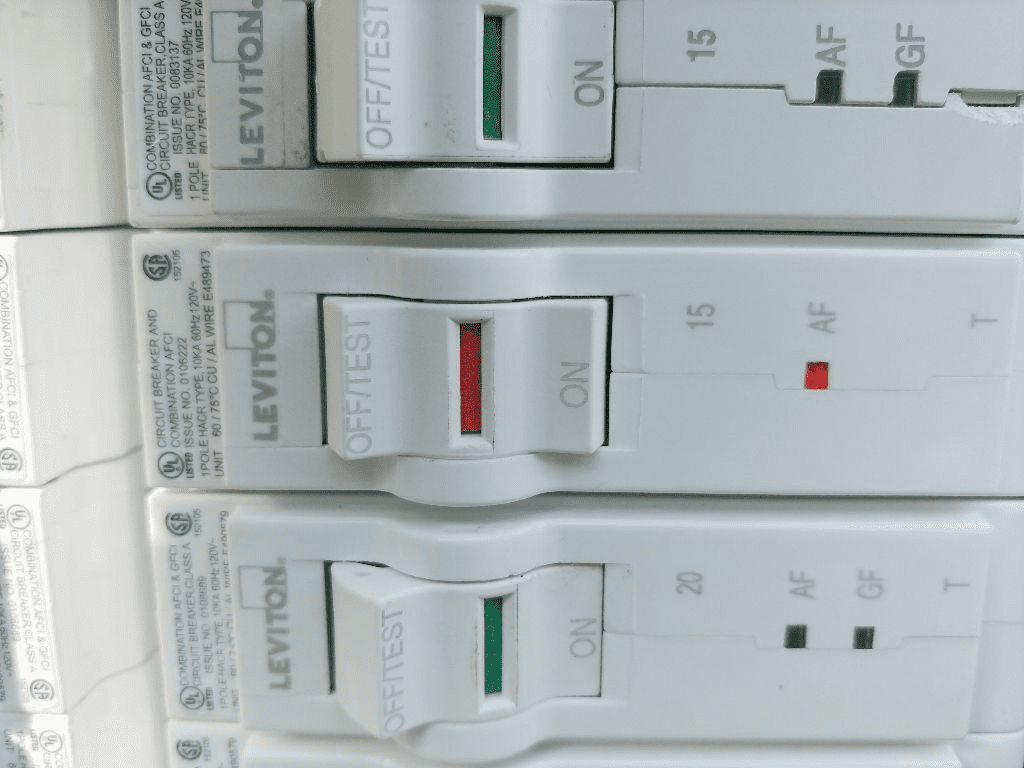 Thousands of house fires occur every year as a result of electrical failures or malfunctions, with over half involving power distribution, lighting fixtures, or power transfer. In other words, they’re often caused by arcing from faulty contacts and other defects. That’s where arc fault protection comes in.

What Are Arc Faults?

Arc faults occur when an electrical current is allowed to flow through an unintended path. It creates high-intensity heat at the point of the arc, which can cause particles surrounding the metal to ignite. The temperatures of electrical arcs often exceed 10,000oF, which is enough to ignite not just nearby wood framing but also insulation and many other types of building materials.

How Does Arc Fault Protection Work?

Differences Between Surge Protection and AFCIs

Due to the fact that AFCI technology is still relatively new, it’s often misunderstood. Because both home surge protection devices and AFCI outlets are designed to promote electrical safety by offering protection against large power spikes, some people think they only need to put one of these technologies to use. In reality, AFCIs and surge protectors work very differently.

All home surge protection devices and systems are designed to prevent damage to sensitive electronics and devices when power surges occur either as a result of environmental conditions or due to instabilities in the municipal power grid. The arc faults that AFCIs are designed to prevent occur on a much smaller scale, but they pose a danger to a home’s residents as well as its appliances, fixtures, and electronics.

Differences Between GFCIs and AFCIs

As with surge protection devices, there are misconceptions surrounding the similarities between AFCIs and ground-fault circuit interrupters (GFCIs). Both are crucial electrical safety devices designed to cut off power to an outlet when certain conditions are met, but that’s where the similarities end.

GFCI outlet installation is recommended or required in any area of the home that could be exposed to water or excess moisture. These outlets are common in bathrooms, kitchens, and laundry rooms.

GFCIs work by comparing how much current is flowing into an outlet to how much is flowing back out. When shorts occur, usually because of contact with water, it causes the incoming and outgoing current levels to become different, which triggers the GFCI and disconnects the circuit. GFCI outlet installation is not a replacement for AFCI use because GFCIs can only detect shorts, while AFCIs are designed to recognize dangerous electrical arcs.

The problem with AFCI Installation isn’t just that many homeowners get it confused with power surge protection and GFCI use. There are also many other misconceptions surrounding AFCIs, which can lead homeowners to ignore vital electrical upgrades. A few of the most common myths will be debunked below, but homeowners who have other questions shouldn’t hesitate before contacting an electrical contractor in Baton Rouge to seek answers.

AFCIs Are Prone to Nuisance Tripping

Some homeowners assume that if their AFCIs are tripping frequently, that must mean they’re too sensitive. In reality, these devices trip only when they detect potentially dangerous arcing conditions. The problem almost certainly isn’t with the AFCI outlet but with another part of the electrical system. Electrical repairs may be needed to address the underlying issue.

AFCIs Aren’t Worth the Money

While it’s true that AFCI outlets are more expensive to install than standard electrical receptacles, that doesn’t mean it’s not worth paying for the upgrade. These outlets are required on all new construction, and while it’s not illegal to continue using unprotected outlets that are already installed, it is dangerous and can increase the risk of needing to call expensive Emergency Electrical services.

Homeowners who would rather pay for affordable upgrades than expensive electrical repairs need to find electricians they can trust. Big Family is a top-performing electrical contractor in Baton Route and has been for years. Offering not just repairs and upgrades, but also Emergency Electrical services, so homeowners can trust these experts to do it all.

What Our Customers Say